Established in 1996, the Sri Lanka Buddhist Vihara Canberra is situated in a quiet street about 20 kms south of Canberra City, in the Capital of Australia. Currently, It is served by a three resident Bhanthes. The Temple serves the needs of the Sri Lankan Buddhist community in major and also all other Buddhist communities [i]living in Canberra and the surrounding area. The Bhanthes also participate in religious activities in other states in Australia. Dhamma School and the Language school are important community services offered by the temple. Daily gilanpasa pooja, weekly meditation program and monthly atasil program are some of the many religious activities conducted at the temple. 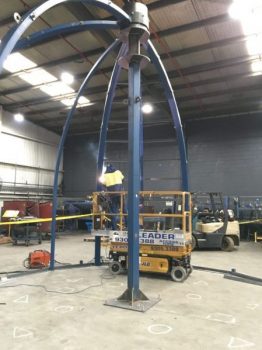 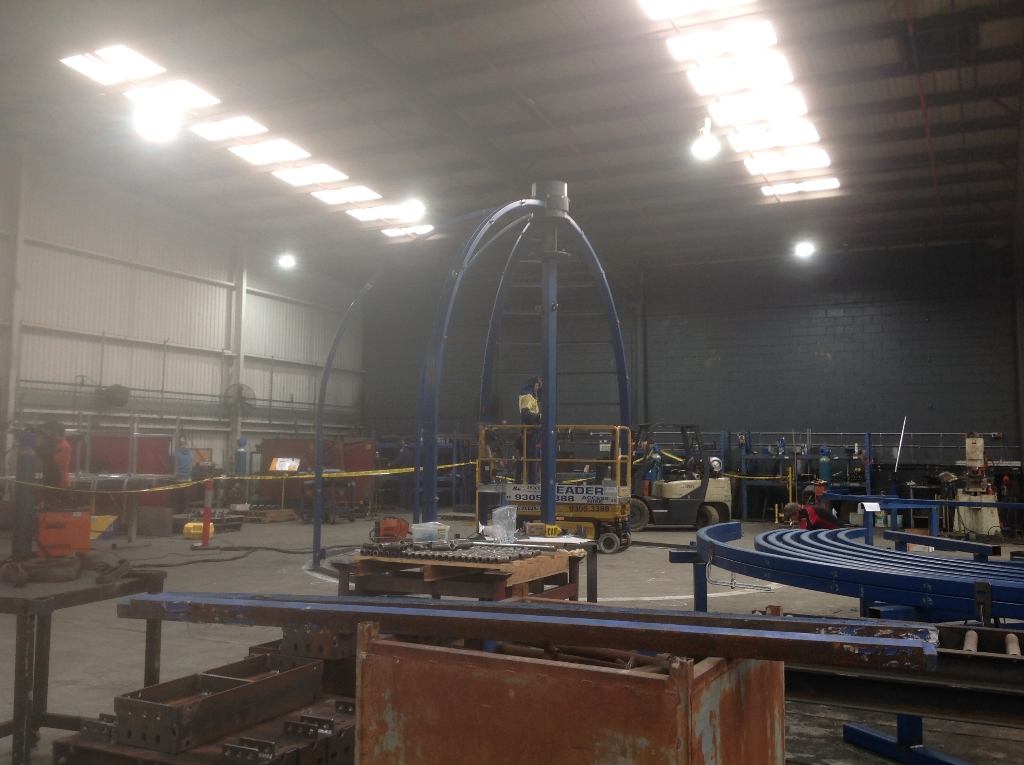 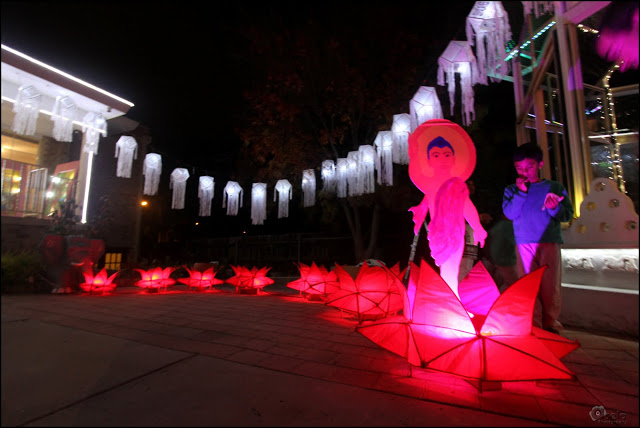 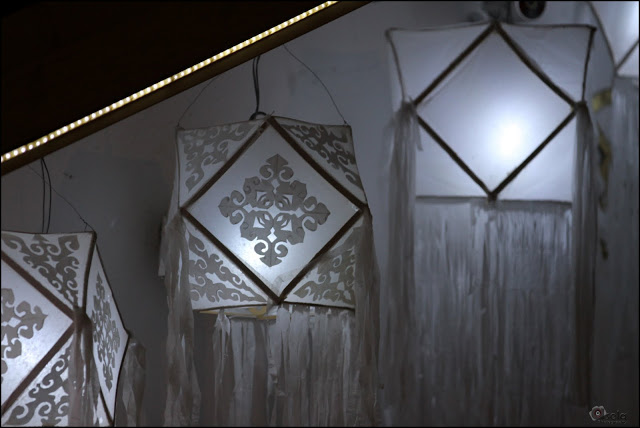 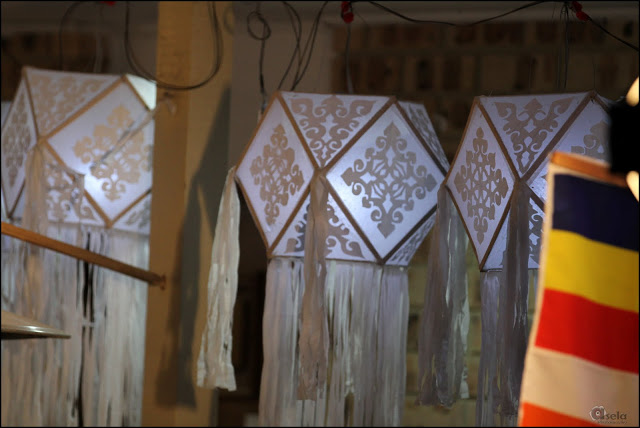 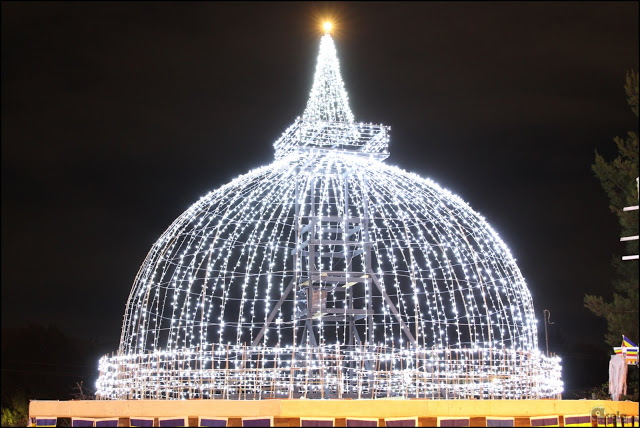 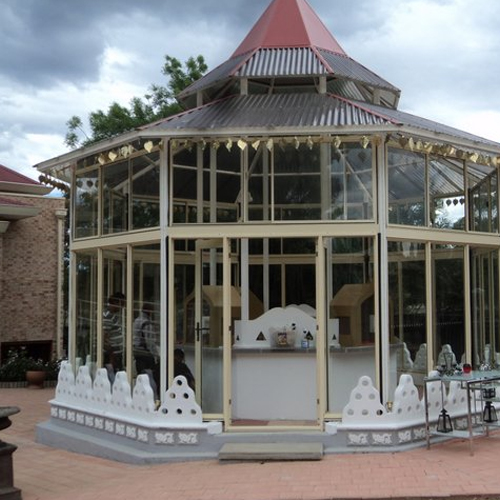 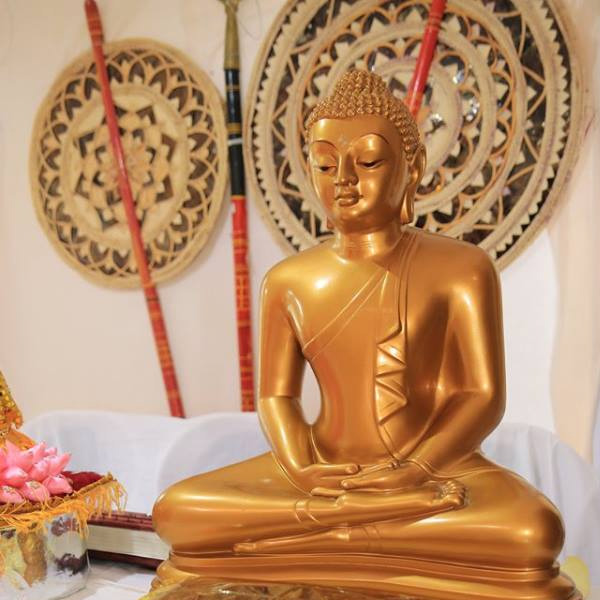 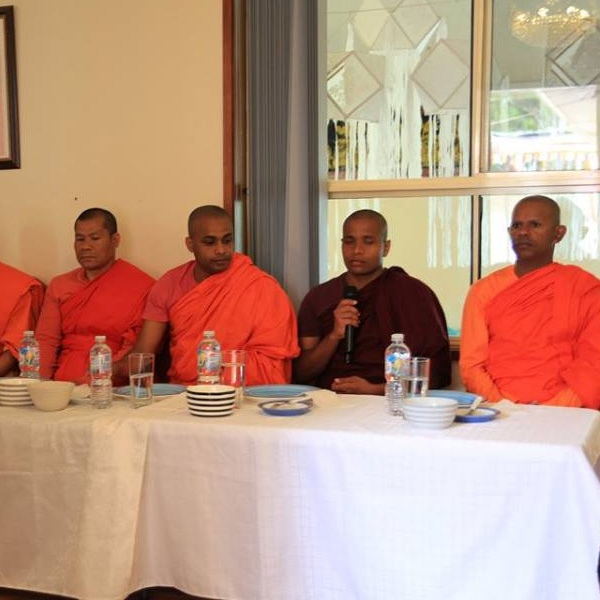 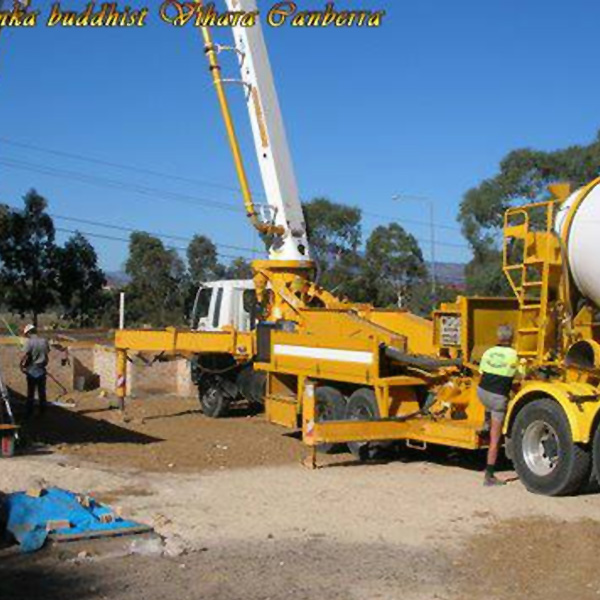 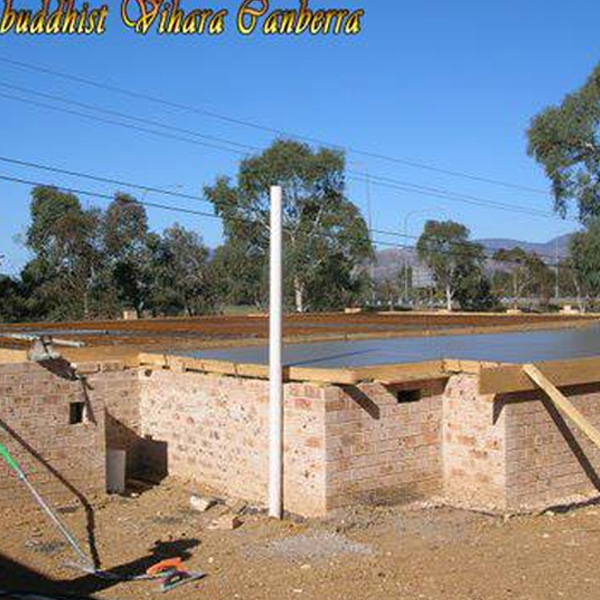 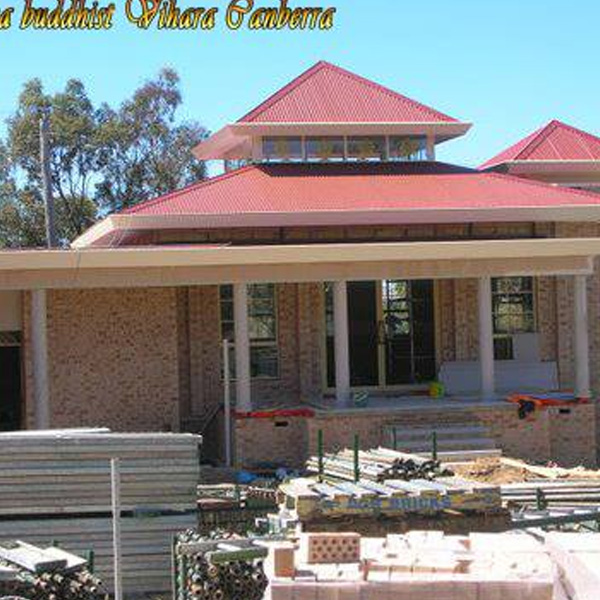 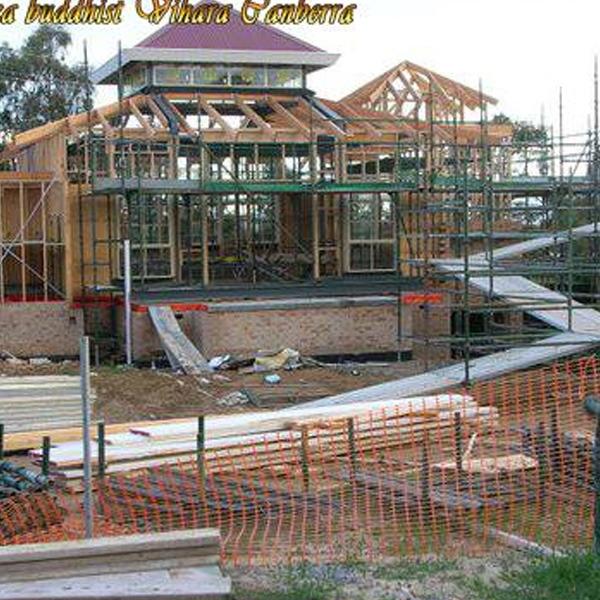 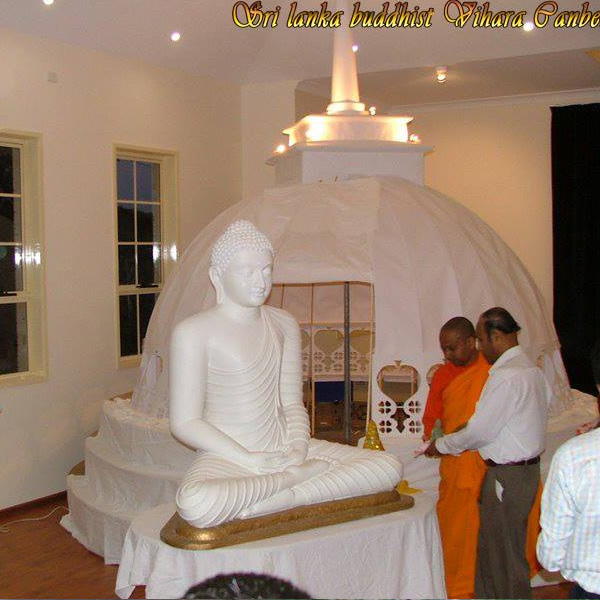 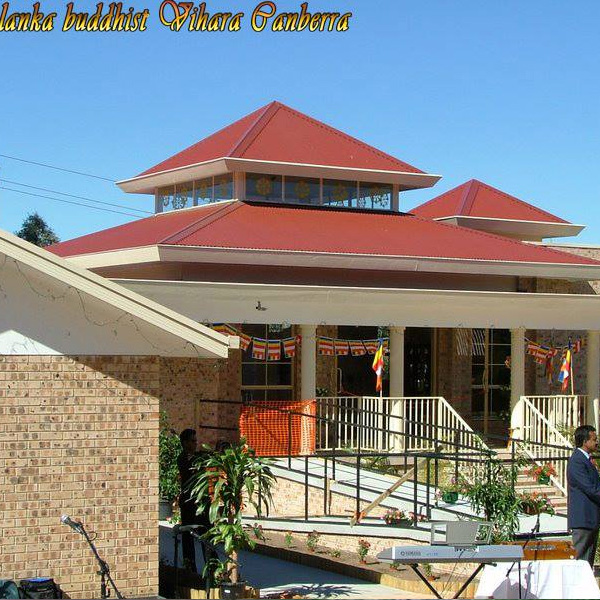 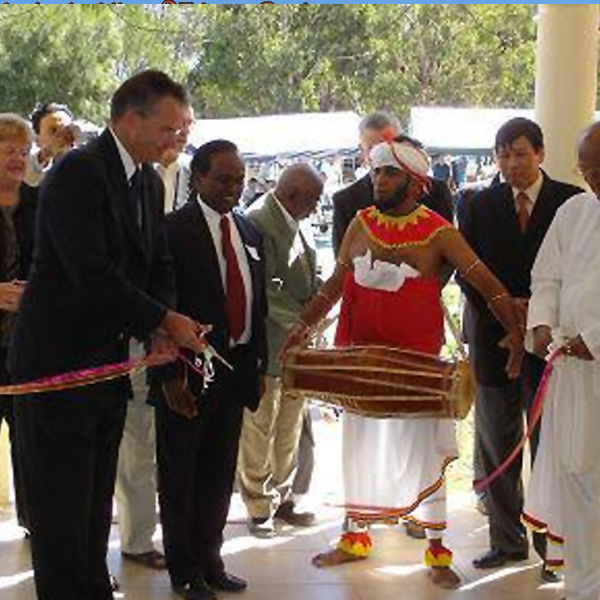 Community members initiated a temple fund to build a permanent premises for the Temple.

The objects of the Association was To provide facilities to engage in Buddhist activities, religious rites, worship and devotional activities within the principles of Theravada tradition as shown in the Pali Cannon and to foster the teaching of Lord Buddha; To promote an understanding of the doctrine, philosophy and culture of Buddhism; To foster inter-religious harmony, mutual understanding and respect for other religious beliefs; To engage in welfare activities

A suitable block of land for the proposed Temple was purchased with the help of Australian Capital Territory Government.

Construction of the proposed building for the temple was started. The architectural design was provided by three Sri Lankan architects living in Victoria.

The religious opening of the newly built temple took place at 2.00am on 29 March 1996. The Bo tree and the Buddha Statue were also brought into the temple at this auspicious time. Ven Bhanthes  including Venarable Madihe Pannaseeha nayaka thera, Venerable Piyadassi Nayaka thera, and Horana Upali thera visiting from Sri Lanka and other bhanthes from New South Wales and Victorian Buddhist temples participated

The Buddha staue which was fabricated by Ven Mapalagama Vipulasara thero was donated to the temple by Mr Channa Wijetilake and family. The Bo tree was donated by Ven Meegahakumbure Dhammagavesi thero.

May 1996 – Initiation of the Temple Library

Temple library which consists several buddhist books was opened for the publc. Dr. Thissa Rajapathirana and Mrs. Maya De Silva donated a huge collection of dhamma books for the library.

The official opening of the Sri Lanka Buddhist Vihara, Jenke Circuit, Kambah was one of the most significant events for our community. Mr. Tony De Demenico MLA, Deputy chief minister formally declared open the vihara at 4.00 pm on Saturday 1st June 1996 in the the presence of a large gathering.

The plaque was unveiled by the Deputy Chief Minister while the Maha Sangha “seth pirith”.

Rev. Pathagama Saddasara was the first resident bhanthe of the temple. However, prior to his arrival, Ven Thapodana thera from NSW and Ven Metthajee thera from Victoria resided and managed the religious activities for a short period.

The first anniversary of the opening of the Sri Lanka Buddhist vihara was celebrated on 29 & 30 of March.

The traditional opening of the newly constructed room on the west side of the building was held on 18th March 1999.

ASLBA purchased a adjoining land comprising 1086 square meters to the Temple. A new assembly hall and a shrine room will be constructed in the new land.

2003 – Plans for a New assembly hall and shrine room

2010 – Plans for a Stupa Construction

Improtant Disclaimer: The milestones of the temple, presented here may not be a complete account of the temple history. If you think some important events are missing please help us to update this web site.-ASLBAC